Barangay Bongon is one of the 12 Barangays situated in Tabuelan Cebu. It has a lot of unexplored caves in its territory. We were lucky enough to be invited to visit and survey these caves last Monday.

Kana-an Cave was the second cave we visited upon arriving in the barangay. I wasn’t able to check out the 1st one coz I decided to just stay in the car and wait. Anyway,  most parts of Kana-an cave were damaged by mining.

Luckily we found a specie and some stalactite housing inside the cave. By the way, that picture at the upper left corner is not a spider. Its some kind of a cave scorpion .

We were welcome by this beautiful sunset on our way to Timba-on Cave. I just can’t ignore this beauty and let it pass. So I grab my cam and take a photo of it.

The Timba-on Cave was the last cave we visited on our first day of caving. It has two entrance,  the 1st entrance[the 1st picture above] is seen at the side of the well-like structure [2nd picture above]. This well-like structure are also another entrance to the cave but because local people there are getting water from this opening, they decided to pass through the 1st entrance in the left. I don’t know what was in there because I wasn’t able to go down.

Only two people go down the cave, Charles–an American Caver and Dondon–a caver here in Cebu.

Everyone was up early the next day. I guess you could see in there faces how excited they were for that day. We’re about to explore 3 caves; Mahayahay Cave, Kambangkas Cave and Santik Cave. We are divided into two teams. As for our Team, we are assigned in Kambangkas Cave. The other team were sent to Mahayahay Cave. For Santik Cave, we all decided to go there together.

Kambangkas Cave has a big entrance. Unlike other caves we visited, evidence of mining and destruction are very visible in the cave entrance. I can’t seem to understand how people was able to destroy this kind of beauty.

Kambangkas Cave was another small cave, but we’re fortunate enough to see some stalactite forming on the roof of the cave and stalagmites as well.

We survey the cave before going out for lunch. Getting the distance from one point to the next, as well as acquiring the degrees and inclination was just some of our duty in cave survey. They said it was a boring task but I never thought I’d enjoyed doing it. 🙂

We head next to Santik Cave, the last cave that we need to explore. It was the biggest among the caves we visited. Going down was a bit difficult but we manage to get inside without using ropes.

The cave didn’t fail us. Although some part were destroyed, there were also lots of stalactite and stalagmites that can be found inside. There was a part of the cave that we were not able to climb, so our team leader just advice us to stay in the safe area of the cave while they continue to survey it. I can’t quite describe how amazing it is to be down there.

After exploring all those caves, we were going home with a smile on our face. It was indeed a great experience, and I learned a lot.  I’m hoping I can join this team  next time.

Hey! You thought we’d be going home, right? nah-ah! We headed directly to Gumbang Spring after the last cave we explored. This spring is easy to find because its just located beside the road.

Everyone enjoyed the cold water from the spring. They were even playing like kids.

If your not into springs and love the river, you can just walk across the road and find the clean river. Some of my friends swim in this river before dipping themselves in the cold spring. Sinusulit talaga ang trip. 😀
Like what I said. I really had a great time in this trip and I learned a lot. I’m looking forward for the next cave exploration. Hopefully they’ll still invite me to join next time. Till then. Ciao!
I love adventure ever since I was a child. I love to climb trees and spend most of my time outdoors. Now that I’m all grown up, I’m loving more extreme outdoor and adventures. I’ll give you a chance to have a peek at my adventure bucket list. This might encourage you to create one. ^_^ 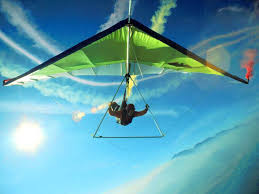 It’s been a long time since I last set foot in Bon2x. This place is usually where we spent our overnight if we wanted to get out of the City.Only a few people know about this place besides the locals around the area.

Isn’t this place perfect for a getaway?

We met up with the group at JY Square Mall. About 30mins after, we head our way to the jeepney stop to take a ride to Bonbon.

We take a jeepney ride towards our destination. The coolest thing happens during this ride? A  fortune teller was riding with us. We didn’t ask her any questions. She just handed us information regarding our future. Kinda creepy though. She even told me my husband in the future will die ahead of me. It got me thinking for a while.

We trek towards the outpost where we will spend the day. I enjoy the trek even though the heat of the sun  keeps kissing my skin. I’m excited knowing I’m going to dip my body in the cold water when I get there.

We dip in the water before heading to the cave.It was so refreshing having to dip your burnout body in the water.

I did not go inside the cave. I just leave it to the first timers. I went in last year and by the time I get out, I swear I’m never going to go inside again. Going inside once was enough. The cave was nice, but going in again was never part of my plan that day. So, I just waited for them outside. I enjoyed watching their faces coming out of the cave’s entrance, smiles are all over their dirty face. I think they really enjoyed the trip inside and had so much fun crawling in the mud.

Around 3PM we started to trek towards the BIG FALLS. It wasn’t that tiring though, considering that we hike almost an hour to reach the hidden beauty of the waterfalls.

The view towards the falls is  just amazing. It will take away your exhaustion.

It was raining when we got to this beautiful waterfall. But this does not stop me from taking out my camera and capture this amazing view.

We parade back to the bungalow around 4:30PM. As for me and Caitlin, we run our way back to the small hut. Yes.. trail running back to the bungalow. Next thing I knew, I’m catching my breath. And what else is a better way to end the day? Having a post climb meeting before going home. I really had so much fun with these guys.

For all the latest blog post and stories of adventure and travels, head down to Synz Memoir.